The following is a list of unsolved crimes in St. Charles Parish. If you have information concerning any of these crimes, please contact the officer listed with the crime.

Anyone with information regarding the murder of Vicki Toups or the identity of this person of interest is asked to call Sergeant Reneé Kinler at (985) 783-1135.


The body of Michael Botsay of #2 Ranier Street, Kenner, Louisiana was found on November 18, 1982, next to the Destrehan Canal in Destrehan, Louisiana.

Botsay had been reported missing, having last been seen by his family on October 24, 1982, around 5:00 p.m. He had reportedly gone to visit a girl in LaPlace, Louisiana, which is approximately 11 miles away.

On October 26, 1982, Botsay's 1975 white Ford Mustang was found abandoned on U.S. 61 (Airline Highway) at the Destrehan Canal, parked in an easterly direction towards Kenner. The vehicle had been found approximately halfway between LaPlace and Kenner.

The victim was clad in a T-shirt, blue jean cut-offs, blue and white Nike tennis shoes, and socks. A brown tri-fold wallet with driver's license and personal papers, set of keys, coins, and a gold chain with the initial B was also found on the body.

Autopsy revealed that the victim received a gunshot entry wound to the left side of the head with an exit wound on the right side.

During the processing of the crime scene, officers were unable to locate a weapon or projectile.

According to the victim's family he had been a drug user, but had undergone rehabilitation for approximately seven months and they were not aware of present drug problems at the time of his disappearance.

Investigation revealed, however, that Botsay was continuously using drugs, and according to a friend, in the early a.m. hours on the day he was last seen, the victim was involved in a confrontation with two white male subjects at Augie Delago's Lounge in New Orleans. During the argument, one of the males pulled a gun on the victim, but decided to put it back under his coat because people were walking out of the lounge. The males were very angry at the victim, accusing him of ripping them off. The drug transaction possibly involved Quaaludes. 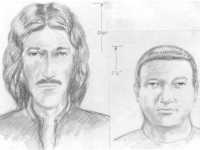 Persons of interest are described as follows: 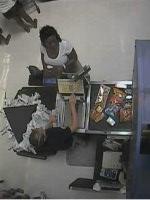 On Monday, June 22, 2009, subject was video recorded using a stolen credit card at Walmart located at 13001 Highway 90 in Boutte, Louisiana.

Anyone with information as to the identity of this subject is asked to contact Detective Erik Brass of the St. Charles Parish Sheriff's Office Criminal Investigations Division at either: 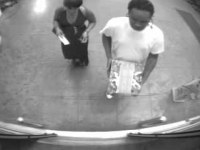 Anyone with information as to the identity of these subjects is asked to contact Detective Erik Brass of the St. Charles Parish Sheriff's Office Criminal Investigations Division at either: